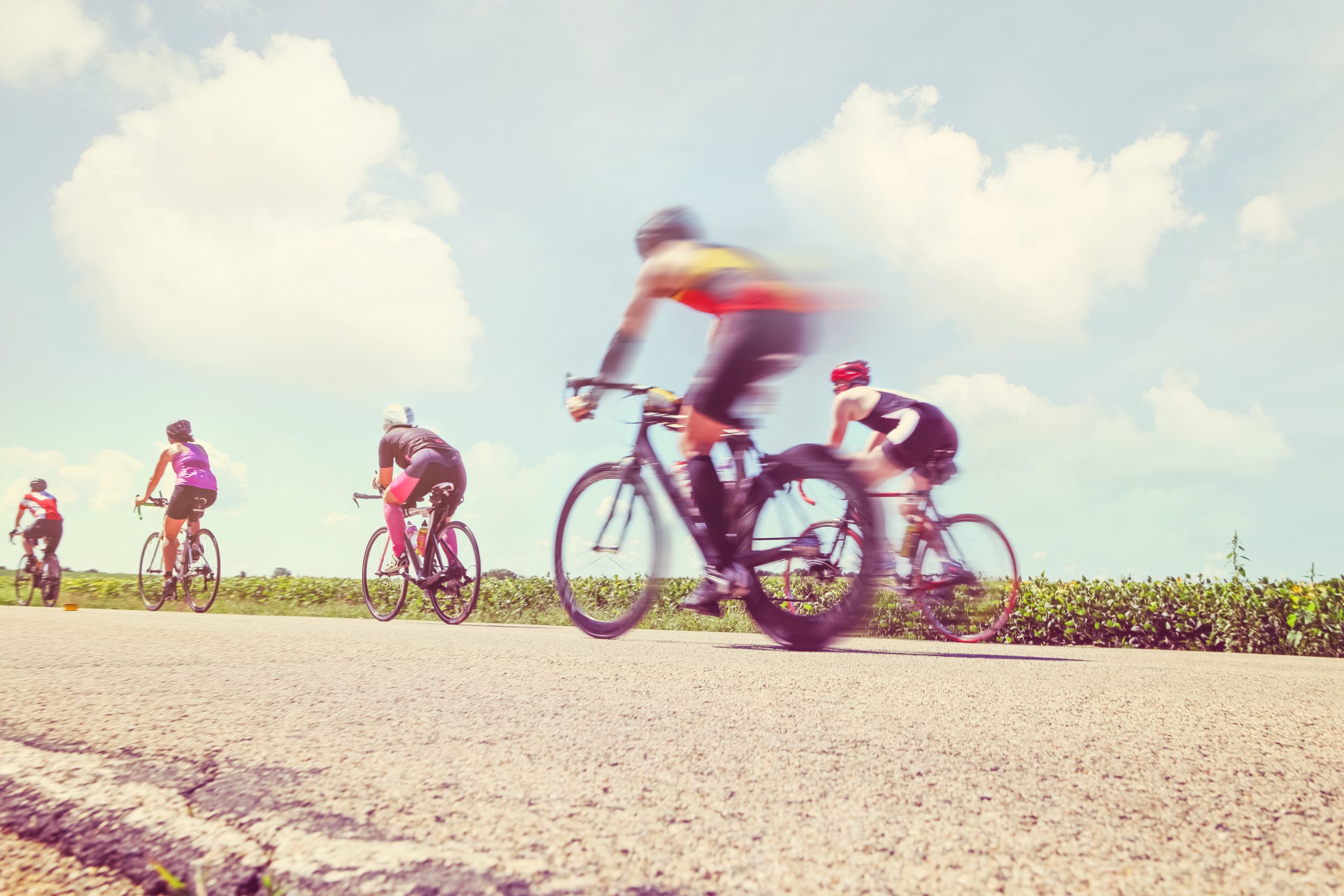 Bike riding is important for commuting, leisure, the environment, and general physical health. But it can also be dangerous, especially when drivers aren’t paying attention.

If you’ve been injured in a bicycle accident in El Paso, you need a personal injury lawyer who specializes in representing cyclists.

When you turn to the Cyclist At Law, Bill Shirer, you’ll get an attorney on your side who is not only an expert in personal injury law, but also a bike rider himself. He can offer you empathy and thorough help through the entire litigation process. He will tirelessly defend your rights and make sure that you get the compensation you deserve for your injuries.

Determining Liability for a Bicycle Accident

You got into an accident. Who’s at fault — you or the driver?

The first thing to consider is whether you and the driver were following all the rules of the road. Was one of you negligent? Was one of you taking unnecessary risks or maneuvering haphazardly?

Second, there’s the amount of evidence involved. You may know that the driver was maneuvering dangerously, but do you have evidence to that effect? Testimony itself is evidence, but witnesses help.

El Paso bicycle accident Attorney at Law Bill Shirer will help you build your case and prove who was responsible for your bicycle crash and injuries sustained. He will gather the evidence and witness testimonies that support the fact that the driver acted recklessly, negligently, or purposely.

El Paso passed the law to add bike lanes in 2011, but some drivers may still not be used to driving around them. And bike lanes aren’t everywhere, either; sometimes, cyclists still need to share the road with motor vehicles. Other cycling laws relegate cycles to roads, streets, and areas that are specifically designated for bicycle riding — so, no riding on the sidewalk. Other than that, cycle laws in El Paso, TX are the same as those throughout the rest of Texas. Bicyclists need to stop at stop signs, yield to pedestrians, and ride with traffic flow.

Cars are required to give cyclists as much room as they would give a vehicle. They need to look out for cyclists when they are next to a bike lane, and they may not drive inside of the bike lane. Cars must yield to both pedestrians and cyclists alike at crosswalks. For the most part, cyclists while on the road are considered to be motor vehicles, which means that a car driver has the same responsibilities to a cyclist that it does to any other vehicle. But car drivers are urged to be cautious and consider that cyclists are far more vulnerable.

Cyclists are required to act as though they are in a motor vehicle while on the road. This means the appropriate yielding, stopping, and signaling. Cyclists need to follow the flow of traffic; they cannot go against traffic. And they should always be aware of where they are, what they are doing, and whether they could be causing a potential disruption. If a cyclist is following their rights and responsibilities and they are not being negligent or engaging in risky behavior, they are not likely to be considered liable for an accident.

Who is at Fault if a Bike Hits a Car Door

What to Do After a Bicycle Accident

What happens if you get into a bicycle accident?

Assuming that the accident involves a car, you should first call the police or have someone else do so. Call emergency services if you are injured. Do not talk with the car driver directly, but rather, talk directly to the police or any emergency personnel who arrive on the scene. Make sure you get the information from the car driver. If you can, take photos of the accident, the vehicle, and your own bicycle. Carefully document what happened, make a police report, and get the number for that police report. When you get medical attention, make sure you get copies of the medical bills records and take photos of any injuries.

But not all bicycle accidents involve cars.

If you get into a bike-to-bike accident, you should operate similarly. Call the police, make sure any injuries are addressed, and document thoroughly — but be aware that liability may be more difficult to prove in a bike-to-bike accident. Likewise, a bike-to-pedestrian accident may involve more damage to the pedestrian. A bike-to-terrain accident may need the terrain carefully photographed and video-taped as well, as it’s possible the terrain was altered in such a way as to cause the accident.

If there’s serious injury or property damage on either side, you should call a Bill Shirer immediately. He will be able to give you advice on how you should proceed. Calling a lawyer will reduce the chances you could be incorrectly found liable and increase the chances of you being able to get your own financial damages paid. Talk to your lawyer before you talk to your insurance company. Your insurance company wants to save their money.

Elements of a Bicycle Accident Claim

How do you file a bicycle accident claim?

First, you’ll talk to Attorney Bill Shirer who will go over the details with you and determine both the likelihood of you winning and the cost of your damages. Insurance may also figure into this; your lawyer may need to consult with your insurance to determine how your insurance is operating as well.

You may or may not need to go to court to complete a bicycle accident claim, as frequently these claims are settled out of court entirely. If the other person has insurance that can cover the damages, then this is likely. It’s also possible that your insurance might cover issues, but your insurance isn’t always going to be on your side. This is why you need an personal injury attorney, that is an experienced bike rider , and who knows El Paso, Texas.

Either way, you will need to present your attorney with as much documentation as possible to make a successful claim.

Is it dangerous to be a cyclist in El Paso? In 2020, there were over 50 traffic fatalities in El Paso alone, including bicycle deaths. Texas and El Paso do not require helmets for adults, which can also lead to more serious injury or fatalities during crashes. In Texas, there were 16,000 reported crashes involving bicycles during a six-year period. That resulted in 362 fatalities reported during that time. Of course, not all bicycle accidents are reported, so it’s likely that the actual figures are higher.

Of course, one reason there are many cycling accidents is because cycling is such a popular pastime in El Paso. There are a number of fantastic bike trails:

Texas has quite a lot of natural beauty. Cycling isn’t just done for a great commute; taking a bike on these paths is a relaxing way to spend a morning.

We know that El Paso has some great areas for biking and they’re only getting better now that cycling lanes are being created. But there are also some bad areas for bike riding in El Paso — areas that cyclists should avoid. In addition to that, there are generally areas that are worse for bikers:

The most common bicycling injuries are road rash, bruises, and scrapes. Other common injuries include broken bones, cuts, and head injuries.

How to Avoid a Bike Accident

Many bike accidents occur because people just aren’t paying attention. If you want to avoid a bike accident, follow these tips:

Drivers are supposed to be watching out for both cyclists and pedestrians, but cyclists must also follow the rules of the road and be vigilant.

Types Of Bicycle Accidents We Handle

There are many different types of bicycle accidents that we handle. Some of the most common include:

These can happen when a pedestrian steps into the path of a cyclist, or when a cyclist rides on the sidewalk and hits a pedestrian.

These can happen when two cyclists collide, or when one cyclist swerves into another.

These can happen when a cyclist hits a pothole or other road hazard, causing them to lose control and crash.

These can happen when a cyclist hits a deer or other animal, or when an animal causes a cyclist to crash.

No matter what type of accident you’ve been involved in, we can help. We have experience handling all types of bicycle accident claims, and we know what it takes to get you the compensation you deserve. Contact us today for a free consultation.

The most obvious benefit you will get is that an experienced lawyer can help you receive the compensation you deserve. If you have been injured in a bicycle accident, you may be facing medical bills, lost wages, and other damages. An experienced lawyer will know how to negotiate with insurance companies and other parties to get you the full amount of compensation you are entitled to.

If you have been injured in a bicycle accident, do not hesitate to contact an experienced El Paso bicycle accident lawyer. The sooner you get started on your case, the better your chances of success.

If you’ve been injured in a bicycle accident or bicycle crash, or are otherwise involved in an accident that could involve liability, it’s time to contact an El Paso personal injury attorney to handle your bicycle accident case. Not only do you need to make sure you get your damages covered, but you also need to protect yourself from potentially being found to be liable. The Cyclist at Law, Bill Shirer, specializes in cycling law, and he can help you get the results that you need. He has won many personal injury cases involving bicycles.

Contact us today, Bill Shirer El Paso Cyclist At Law to discuss where in El Paso your bicycle accident took place and how it happened.