All About Cycling Insurance 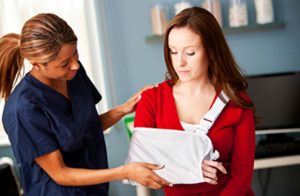 Gaining access to insurance coverage for cycling injuries poses a problem that seems unfair to cyclists. Some states allow cyclists to recover damages from an at fault driver’s automobile policy. However, many drivers are either uninsured or carry coverage amounts that are inadequate. Other states provide limited coverage for cyclists through automobile policies, but many cyclists do not own a car. Cyclist at Law focuses on securing a personal injury settlement for cyclists in an environment that tolerates unfair insurance practices.

Facing Disadvantages as a Cyclist

Cyclists who own an automobile can upgrade uninsured or underinsured coverage as a way to handle expenses incurred from a cycling accident, but that is not always an option. Further, a cyclist may not purchase insurance that protects against cycling injuries without owning a motor vehicle. Insurance disputers after an accident add to the problems that an injured cyclist faces, and legal action is usually the best recourse.

Cyclists are dependent on the insurance of an at fault driver for a personal injury settlement, but resistance to paying for cycling injuries is common. In addition to facing the hazards of riding a small vehicle in the midst of powerful trucks and automobiles, cyclists must anticipate a lack of understanding by irresponsible drivers when an accident occurs.

Cyclists can take care to drive defensively, but many accidents are not the fault of the person on a bike. Studies show that a car door that opens unexpectedly is a leading cause of injuries to cyclists, and there is no way to anticipate the careless action. In addition, car drivers cause accidents by overtaking cyclists or by ignoring controls at intersections.

Knowing When to Take Action

Cyclist at Law, a Dallas bike accident attorney who focuses on representing victims of bicycle accidents, offers aggressive and effective representation. Instead of suffering in silence and getting no compensation for losses, victims need to take action as soon as possible. Getting medical help is the first step to take, and the next step is to schedule an appointment with Bill Shirer at 800-877-6188.